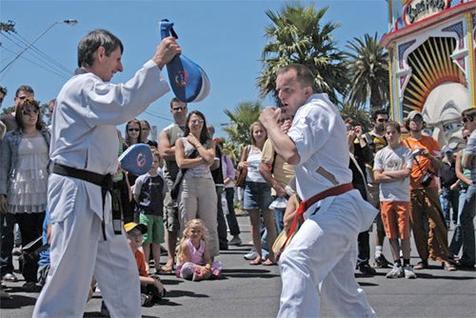 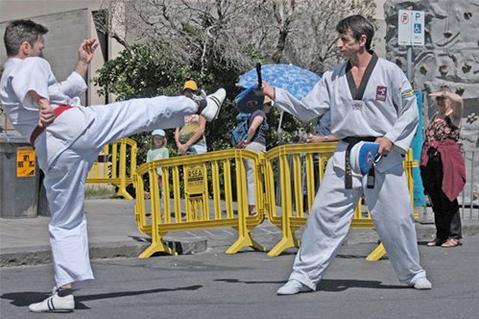 An Olympic Sport
Since the Sydney Olympics in 2000, Taekwondo has been an official Olympic sport. This title gives Taekwondo great standing in the sporting world and demonstrates the amount of professionalism required to master Taekwondo. The influence and reputation as a worldwide sport continue to grow every year.


Is There a Great Risk of Injury?

Despite being an intense contact sport, Taekwondo does not see a greater rate of injuries than other popular sports. In fact, statistics show that there are less reported injuries in football and basketball than Taekwondo. Under correct supervision and approved equipment, the chance of injury when practicing Taekwondo is greatly diminished.

So Many Great Benefits

Taekwondo is a sport that not only improves health and fitness, but can also assist in someone’s self-confidence and self-discipline. By continually practicing an activity which requires great repetition and concentration, but which will show marked progress, many feel a great increase in their confidence to succeed. In addition, Taekwondo also gives you a base whereby you will feel confident in defending yourself in many real world situations. By giving you the skills to stand up for yourself, you will find that Taekwondo is an incredibly empowering experience.

The Art of Taekwondo

Taekwondo can be traced back 2000 years to ancient forms of martial arts, which were practiced throughout Korea. In its modern form, however, Taekwondo has existed since the 1940’s after Karate and other forms of Korean martial arts, such as Taekkyeon and Subak, were combined to create the unified code of Taekwondo. Taekwondo is currently practiced by over 50 million people and is one of the most widely practiced martial arts in the world today.